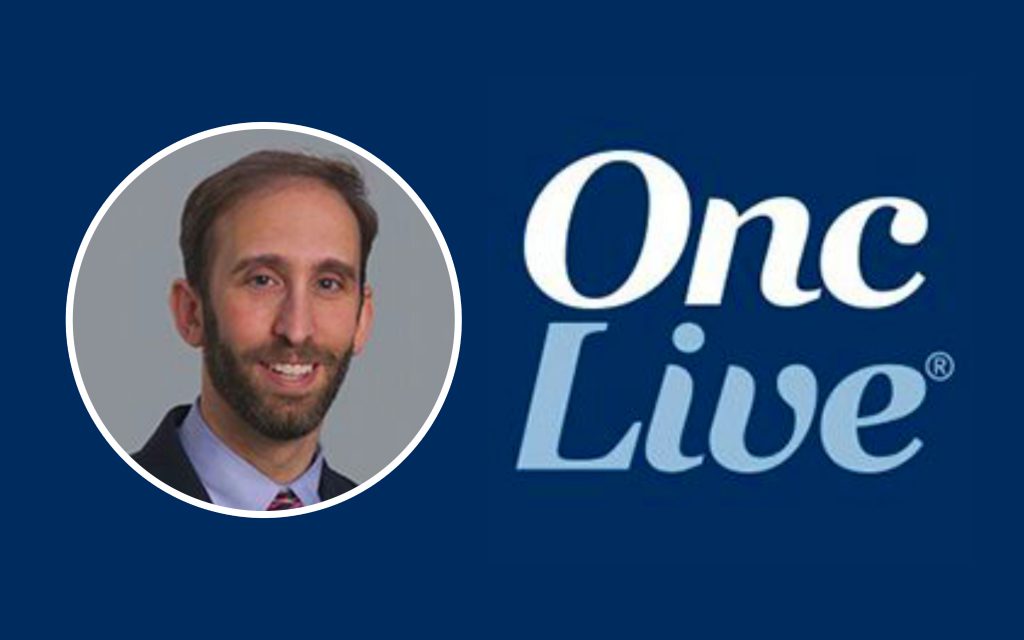 Click here to view this full article on OncLive.com.

The addition of immune checkpoint inhibitors to chemotherapy has led to durable responses and improved survival without increased toxicity in patients with small cell lung cancer (SCLC), according to David C. Portnoy, MD, FACP, who added that biomarkers of response to this approach and a stronger understanding of different subtypes of the disease are needed to further advance the paradigm.

“It’s been a long time since we’ve had a breakthrough in SCLC, and we are finally seeing some real concrete improvements in survival with first-line therapy and with those who have progressed on first line therapy,” Portnoy said. “After years of heartbreak and minimal improvement, we’re beginning to see these breakthroughs happen.”

Additionally, in the phase 3 CASPIAN trial (NCT03043872), first-line durvalumab (Imfinzi) combined with platinum/etoposide chemotherapy demonstrated a sustained OS improvement over chemotherapy alone (HR, 0.75; 95% CI, 0.62-0.91; nominal P = .0032). However, the addition of tremelimumab to the combination did not significantly improve outcomes compared with chemotherapy alone.2

In an interview with OncLive® during a 2021 Institutional Perspectives in Cancer webinar on Lung Cancer, Portnoy, a medical oncologist and hematologist at West Cancer Center, discussed ongoing studies examining immunotherapy and what is needed to move the needle forward.

OncLive®: What findings have contributed to the mixed support for immunotherapy in SCLC?

Portnoy: There was a lot of reason to be optimistic that adding immunotherapy to chemotherapy in lung cancer would be helpful. In NSCLC, we saw that immunotherapy alone, or with chemotherapy, could produce significant improvements in survival. We [also] know that tumors that have a higher mutational burden, in general, tend to respond well to immunotherapy, and SCLC tends to be very heavily mutated compared with some other cancers. We also had seen some activity with immunotherapy in some studies of patients with recurrent SCLC, although the long-term survival was still not great.

On the other hand, prior studies looking at ipilimumab [Yervoy] with chemotherapy in SCLC did not show improvement in survival. Also, a study of maintenance pembrolizumab [Keytruda] after chemotherapy in metastatic SCLC failed to show benefit. [Although] there were reasons to be optimistic that adding immunotherapy would be helpful we [saw] some setbacks in earlier studies.

How did the IMpower133 and CASPIAN trials contribute to the understanding of immunotherapy in SCLC? How are you applying the data that read out from these trials to your practice?

Both IMpower133 and the CASPIAN study showed that when you add a PD-L1 antibody to your standard backbone of chemotherapy, you can improve survival by about 2 to 3 months. The IMpower133 study showed an improvement in median PFS. The CASPIAN study did not, but if you look at, for example, the 12-month PFS, you did see some benefits suggesting that there are some patients who do respond very well to immunotherapy, while others who do not. Overall, [these studies] showed that by adding immunotherapy, you can induce more durable responses and improve overall survival without increasing toxicity to the patient, as these drugs tend to be very well tolerated.

What is some of the work that is being done to identify reliable biomarkers?

Identifying biomarkers to predict which patients are going to benefit the most from immunotherapy has been remarkably frustrating. In both the IMpower133 and the CASPIAN studies, there was really no association between PD-L1 expression or tumor mutational burden [TMB] and responses. In a way that is good, because it suggests that everyone can benefit from these agents, regardless of their TMB status or their PD-L1 level. However, on the other hand, it is frustrating because we can’t figure out why these agents will be so helpful for some patients and not for others.

What are some notable immunotherapy combinations that are under examination in this disease?

We’re always looking for new combinations that will be helpful, and some of this will end up being tested in the second-line setting before it comes to the first-line setting. There was the lurbinectedin [Zepzelca] and doxorubicin study, which unfortunately was not successful, but the hope is that by combining some of these different therapies we can figure out how to best utilize them and get them to patients who are going to benefit the most.

Looking at the combination of different immunotherapy drugs, figuring out why the CTLA-4 antibody drugs are not helpful in SCLC, and identifying a group that they may be beneficial in would be helpful to figure out how to best leverage them.

Beyond immunotherapy, where should research efforts be focused to further advance the field?

We need to have a better understanding of the different types of SCLC. Some of the molecular studies suggest that some subtypes probably do behave differently and respond differently, and they probably also need to be treated differently. We all have patients who, for some reason, will respond better to second-line therapy than others. Most patients with SCLC respond very poorly to second-line therapy, and typically, survival after progressing on first-line therapy is very poor. However, you’ll occasionally have a patient who will actually respond to second-line chemotherapy, and even third-and fourth-line treatment. Sometimes we have a handful of patients who can actually receive several lines of therapy, and we have to ask, why did they do well when the others don’t? What is different?

Figuring that out would go a long way toward identifying the ideal treatment for the patient. The way we try to individualize therapy in all other cancers hasn’t really been done in SCLC. But if we could do that, it would improve outcomes.