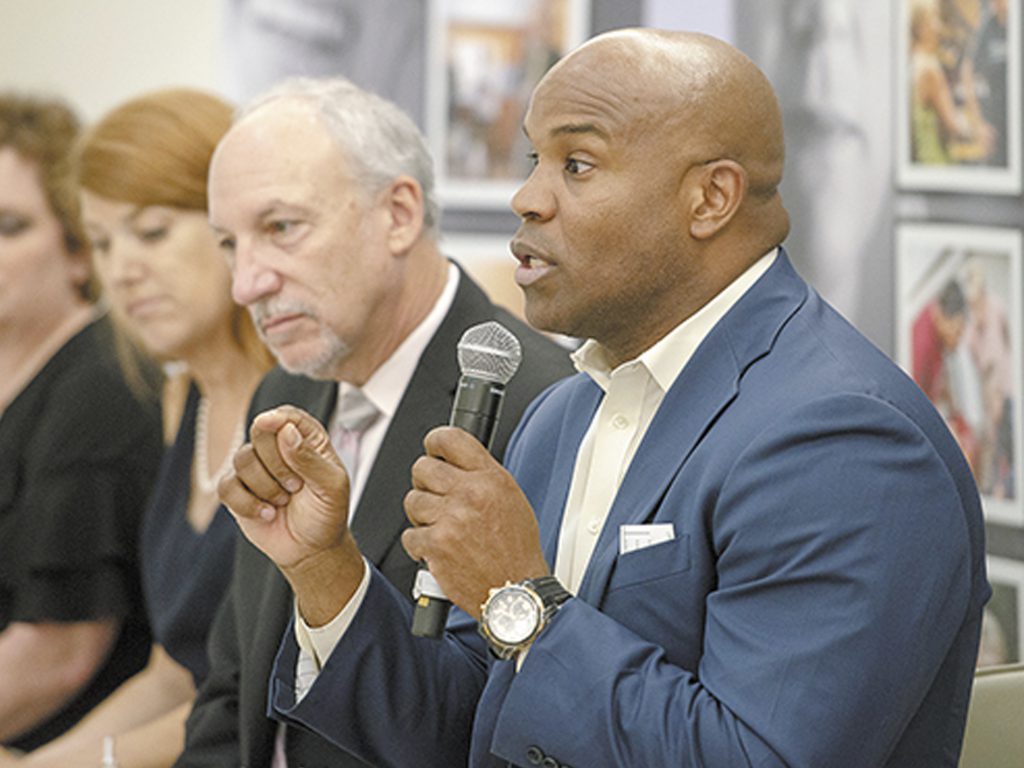 Research exploring novel targeted agents for patients with metastatic breast cancer is mounting and spurring excitement in the oncology field.

“There really is a lot to be excited about,” Gregory A. Vidal, MD, PhD, medical oncologist at West Cancer Center and Research Institute and associate professor in the department of hematology/oncology at The University of Tennessee Health Science Center, told Healio. “We are seeing research push boundaries in this patient setting with more targeted chemotherapeutic options that are ‘moving the bar’ a bit in terms of response rates from what we normally expect in the late-line treatment setting.”

Treatments in metastatic breast cancer are mainly taxane-based, including paclitaxel and docetaxel. Other treatment options include oral capecitabine as well as the platinum-based agents, carboplatin and cisplatin.

“These are the main agents used for these patients,” Vidal said. “Anthracyclines are another option, but most patients have already used these in the curative treatment setting. Since toxicity is related to cumulative doses, its use in metastatic setting can be limited. Chemotherapy agents generally have better activity when used in the first-line as compared with later-lines setting where PFS, OS and response rates significantly decrease.”

In metastatic breast cancer, tumor types are classified into different subgroups and treatment response varies based upon the tumor type. Metastatic triple-negative breast cancer involves an aggressive tumor type for which effective treatment options are limited.

“Triple-negative breast cancer remains the greatest unmet need in terms of effective treatments,” Vidal said. “These patients traditionally do terribly, with the average median OS at about 12 months. As compared to the other breast cancer subtypes, metastatic triple negative breast cancer are poorly acting tumors, and we do not yet fully understand why they are behaving this way. If we can offer these patients additional treatment options with lower toxicities, then we can move the bar further in terms of disease control and survival outcomes. Overall, I am hopeful as there is a lot of research being conducted in this patient population.”

“Sacituzumab is an antibody drug conjugate that showed a response rate above 30% in the late-line setting among women with metastatic triple-negative breast cancer, which is something that was never seen before,” Vidal said.

“This was a very important trial, but more success is needed in the metastatic triple-negative breast cancer treatment setting,” Vidal said. “Checkpoint inhibitors have essentially revolutionized the way we treat cancers across the board, and they have now found their place in the triple-negative breast cancer setting. Other agents have shown promise in altering the way the immune system recognizes cancer cells and interacts with it, which can help with controlling and treating this disease — there really is a lot to be excited about.”

“Tucatinib showed not only improvement in PFS but also OS for patients with brain involvement who are HER2-positive,” Vidal said. “This was another well-conducted study showing benefit in the metastatic breast cancer setting.”

“This study out of China involving the use of an oral tyrosine kinase inhibitor that targets HER2, showed significant PFS in these patients,” Vidal said.

“The anti-HER2-drug conjugate, trastuzumab deruxtecan [T-DXd; Enhertu, AstraZeneca] was approved in December 2019 for HER2-positive breast cancer for third-line treatment. [T-DXd] also showed very good response in the HER2-low patient population and is being actively studied in this setting now. It will be exciting to see the data in this patient population,” he said.