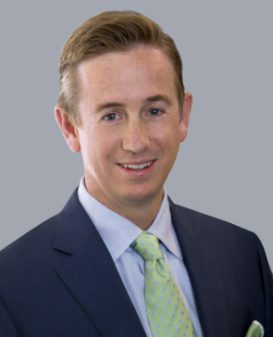 Todd Tillmanns, MD, FACOG, is a noted Gynecologic Oncologist recognized by his patients and colleagues for his uncompromising standards of care, offering the very latest and best minimally invasive options for surgery and chemotherapeutic strategies. Dr. Tillmanns treats women’s cancers and is especially interested in minimally invasive and robotic surgery approaches, as well as the latest treatment for ovarian and endometrial cancer.

Dr. Tillmanns sees patients at West Cancer Center locations in East Memphis, Midtown, Southaven and Jonesboro. Both patients and professional colleagues appreciate Dr. Tillmanns’ uncompromising standards of care. He is known for being very attentive and attuned to his patients’ needs. Dr. Tillmanns is the President of the Memphis Robotic and Minimally Invasive Surgery Society in which he and Dr. Mark Reed, as well as numerous other local surgeons, are all founding members. The Memphis Robotic and Minimally Invasive Surgery Society is a collaborative effort of surgeons in the greater Memphis area committed to improving minimally invasive surgery to patients in this region and providing the highest level of robotic surgery in all specialties. When Dr. Tillmanns is not caring for patients, he and his wife and two daughters, enjoy an active outdoor lifestyle consisting of mountain and road biking, water and snow skiing, fly fishing, hunting, and tennis. He is also a lifelong soccer player. More sedentary pursuits also capture his attention. Dr. Tillmanns is a published poet who also cooks, bakes, paints, draws, carves wood, creates photographic collages, and grows orchids, berries and is a winemaker.

Dr. Tillmanns completed his Fellowship in Gynecologic Oncology at the University of Oklahoma Health Science Center, Department of OBGYN, Section of Oncology, in Oklahoma City, where he also served as a Clinical Instructor. For his Internship and Residency in Obstetrics and Gynecology, he sought training at the Medical College of Wisconsin in Milwaukee. Dr. Tillmanns graduated with clinical honors from Medical School at Creighton University, Omaha, Nebraska. He majored in biology with honors and earned a Bachelor of Arts Degree from the University of San Diego.

Dr. Tillmanns’ is actively involved in research at the West Cancer Center. Recent research interests include: