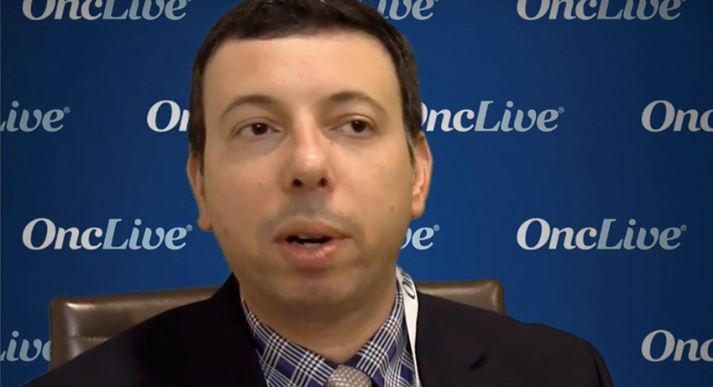 By risk stratifying patients with prostate cancer, the growing armamentarium of available therapies can successfully be navigated, explained Daniel Vaena, MD, a medical oncologist and hematologist at West Cancer Center.

“Treatment for these patients needs to be carefully selected based on their risk stratification,” said Vaena. “That way, we can understand what the benefits are going to be from the available treatments in all these different therapeutic spaces.”

In February 2018, the FDA approved abiraterone acetate (Zytiga) to be used in combination with androgen deprivation therapy (ADT) and prednisone for patients with high-risk metastatic castration-naïve prostate cancer. The approval was based on findings from the phase III LATITUDE trial, which showed a 38% reduction in the risk of death versus ADT alone.1 Data from the phase III STAMPEDE trial also supported the approval, demonstrating a 37% reduction in the relative risk of death when combined with standard ADT.2

In nonmetastatic castration-resistant prostate cancer (CRPC), apalutamide (Erleada) and enzalutamide (Xtandi) received regulatory approvals in February 2018 and July 2018, respectively. The FDA approvals were based on the phase III SPARTAN and phase III PROSPER trials, respectively, both of which indicated a greater than 70% reduction in the risk of metastases or death compared with ADT alone.3,4

In an interview during the 2018 OncLive® State of the Science Summit™ on Genitourinary Cancers, Vaena discussed the treatment of patients with metastatic castration-naïve disease and nonmetastatic CRPC, underscoring the importance of risk stratification in both settings.
OncLive: What should be emphasized about the treatment of these patients with prostate cancer?
Vaena: There are many new treatments available today for patients who have newly diagnosed metastatic castration-naïve disease who are going to receive hormonal therapy plus additional systemic therapies. In the trials done to date, all of those patients have been risk stratified [based on their burden of disease]. There’s no uniform rule for how these patients should be treated, so it’s important to know how much burden of disease they have in order to understand what the additional benefit is going to be from those treatments.

The same thing applies to patients who have nonmetastatic disease. These trials have also stratified, or selected patients based on more aggressive features, such as prostate specific antigen (PSA) doubling times. The current recommendations and approvals don’t apply to every patient with nonmetastatic disease, so it’s important to understand the therapeutic space and the risk stratification of the patients you’re treating.
What are the available therapies for these patients and what are their selection criteria?
There are 3 different therapeutic spaces that we talk about. The first setting is castration naïve, in which the patient has never had hormonal therapy but has a biochemical relapse. For those patients, the standard of care would be to either observe the PSA and hold off on hormonal therapy, or start hormonal therapy. There are not a lot of new data on adding new treatments on top of hormonal therapy for these patients with nonmetastatic castration-naïve disease.

The LATITUDE and STAMPEDE trials examined the use of abiraterone acetate. In CHAARTED, the benefits were seen in patients who had a high burden of disease—meaning at least several bone metastases or visceral metastases. In the LATITUDE trial, patients with metastatic castrate-naïve disease had to have 4 bone metastases; those are the types of patients who would benefit.