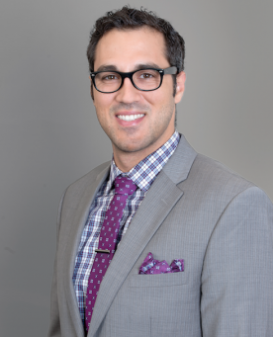 Dr. ElNaggar is Assistant Professor of Gynecologic Oncology at the University of Tennessee Health Science Center (UTHSC) and Director of Gynecologic Cancer Research at the West Cancer Center. He completed his residency at UTHSC in Memphis, TN and completed his fellowship at The Ohio State University Comprehensive Cancer Center- Arthur G. James Cancer Hospital and Richard J. Solve Research Institute (OSU) in Columbus, OH. His research focus as a Gynecologic Oncology fellow was in the development of novel therapeutics for ovarian cancer, specifically the role of the STAT3 pathway in tumorigenesis and creating targeted therapies. Prior to fellowship, he did laboratory research on gene regulation in postimplation murine embryos and clinical research focusing on clinical outcomes and lower genital tract disease. He has worked under the mentorship of Drs. Karuppaiyah Selvendiran (basic science) and David Cohn (translational research) at OSU, and Drs. Lawrence Pfeffer and Ramesh Narayanan (basic science) at UTHSC-West Cancer Center. While a fellow at OSU, he received the 2013 Roy M. Pitkin award, which is awarded to the most outstanding articles in Obstetrics & Gynecology during the past year. Since beginning at University of Tennessee-West Cancer Center, Dr. ElNaggar has led efforts for the West Cancer Center to become main site members of NRG Oncology and GOG, two collaborative research organizations. He serves as the gynecologic disease site principal investigator for NRG, GOG, and SWOG studies, as well as industry sponsored trials.He currently serves on the National Comprehensive Cancer Network (NCCN) ovarian cancer panel and is mentoring two GYN Oncology fellows with Drs. Pfeffer and Narayanan. Projects include understanding the role of 14-3-3-σ and ILK pathways in ovarian cancer and the use of microRNA for the early detection of ovarian cancer. Dr. ElNaggar’s clinical interests include personalized medicine, advanced surgical techniques, and targeted therapies. He is a member of multiple professional societies and committees, both regionally and nationally. He has authored numerous publications and has been highly recognized for outstanding presentations and abstracts.

Recent areas of focus for Dr. ElNaggar’s research interests include: